Home of the works of Rich Stewart 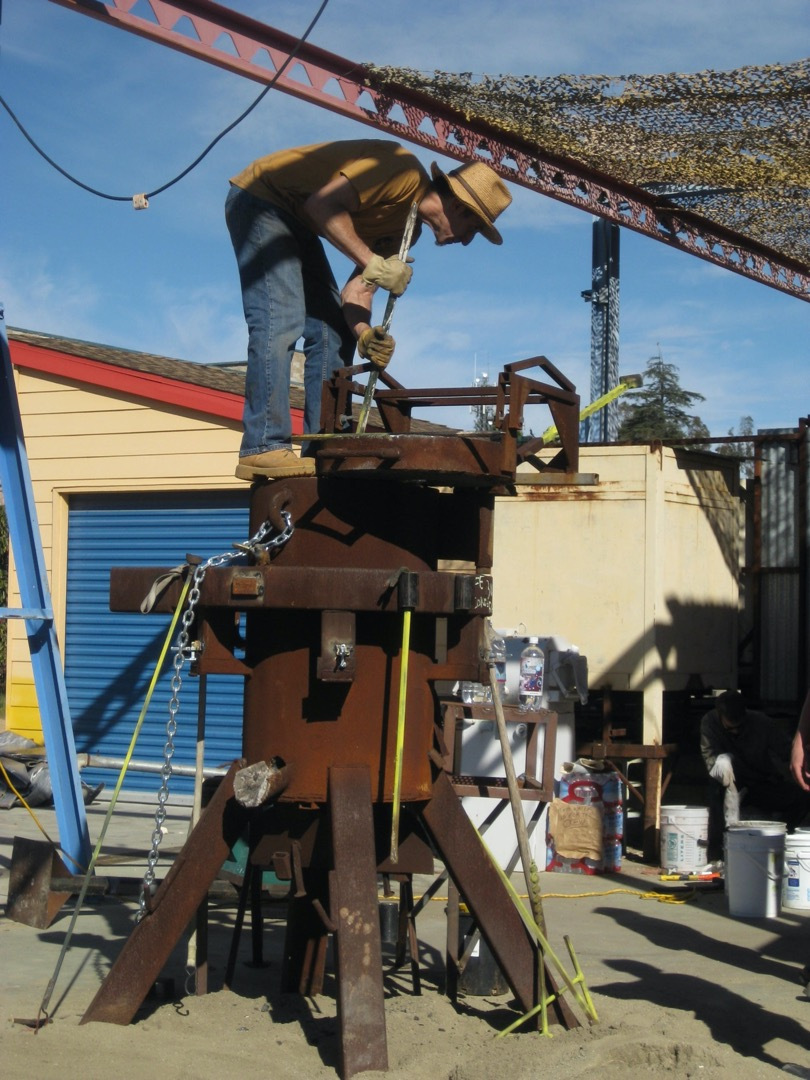 Rich Stewart is an informally educated sculptor living in San Diego. He began working in metal in his early teens, focussing on constructed, functional art, but always with an eye towards the surreal.

After many years away from metal he learned metal casting from Tobias Flores at UCSD. Rich has been actively exhibited in juried exhibitions throughout the western states since 2007 receiving various awards and honors.

“I like to make things from dangerous materials: molten metals, constructed metals, found objects and hot glass. American manifest destiny, the industrial revolution, pop culture and Breton’s manifesto; these threads combine to drive me toward imagery that I like to call, “punk surrealism”. For me a piece has to offer the viewer a story, risk sharing a vulnerability, ideally have some sort of humor about it, and at its best inspire the viewer to ask a difficult question.”

Rich currently produces his work at a private studio and iron arts events throughout the the United States. He is also an instructor of casting and sculpture at his private studio.